Residential Towers for the 21st Century Design Competion for a 200 units residential tower issued by Steel Institute of New York and the Ornamental Metal Institute of New York. One of the most challenging issues of metropolises all over the world is the dramatic migration of people from the countryside into the big cities. New York alone has to face a population growth of one million residents by 2040. Thus the concept is based on use of molular elements and steel construction, which enables economic practices and fast construction progress. The tower will host 700 – 800 residents and mixed-use areas, such as retail, fitness and SPA, nursury and all important premises for daily supply. Oriels provide vista in 3 directions, internal circulation areas partially have contact to the facade layer and allow awesome views. Tiltable wind generators integrated in the facade use horizontal and down winds for generating electrical power. 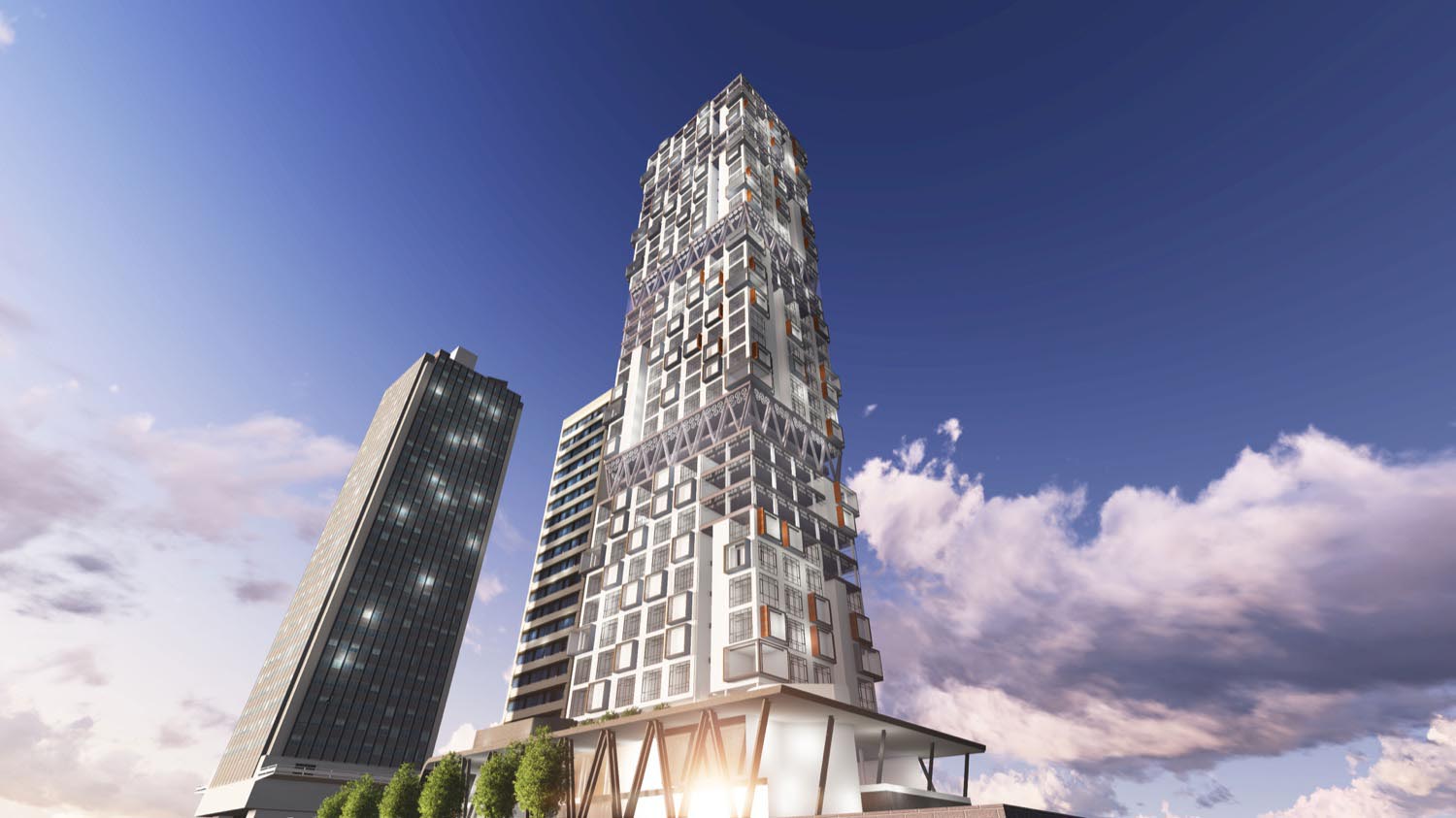 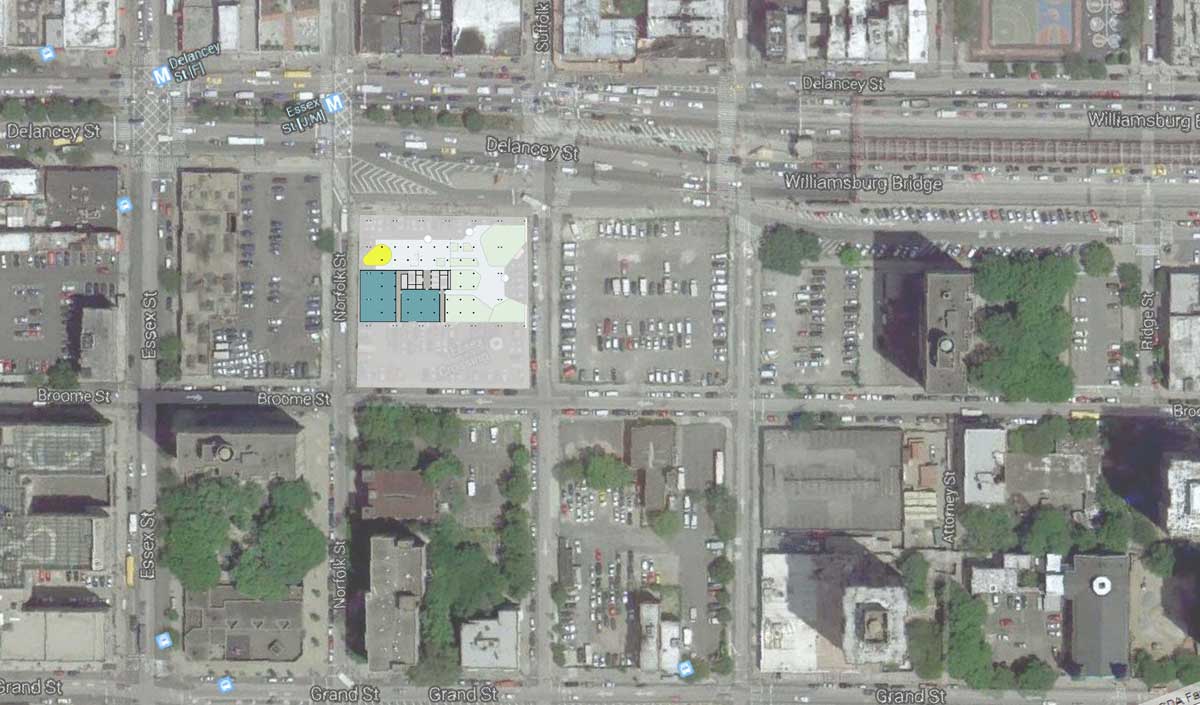 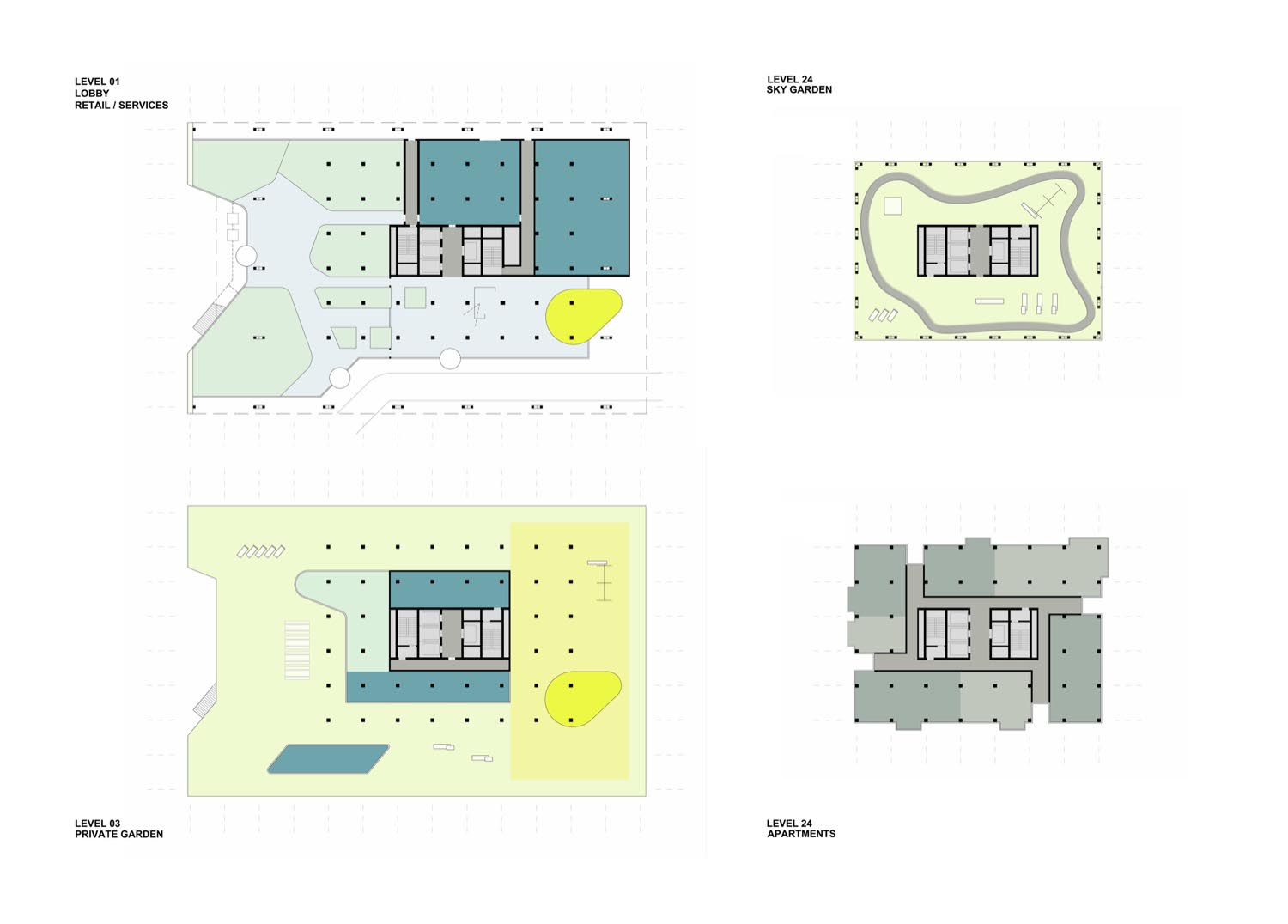 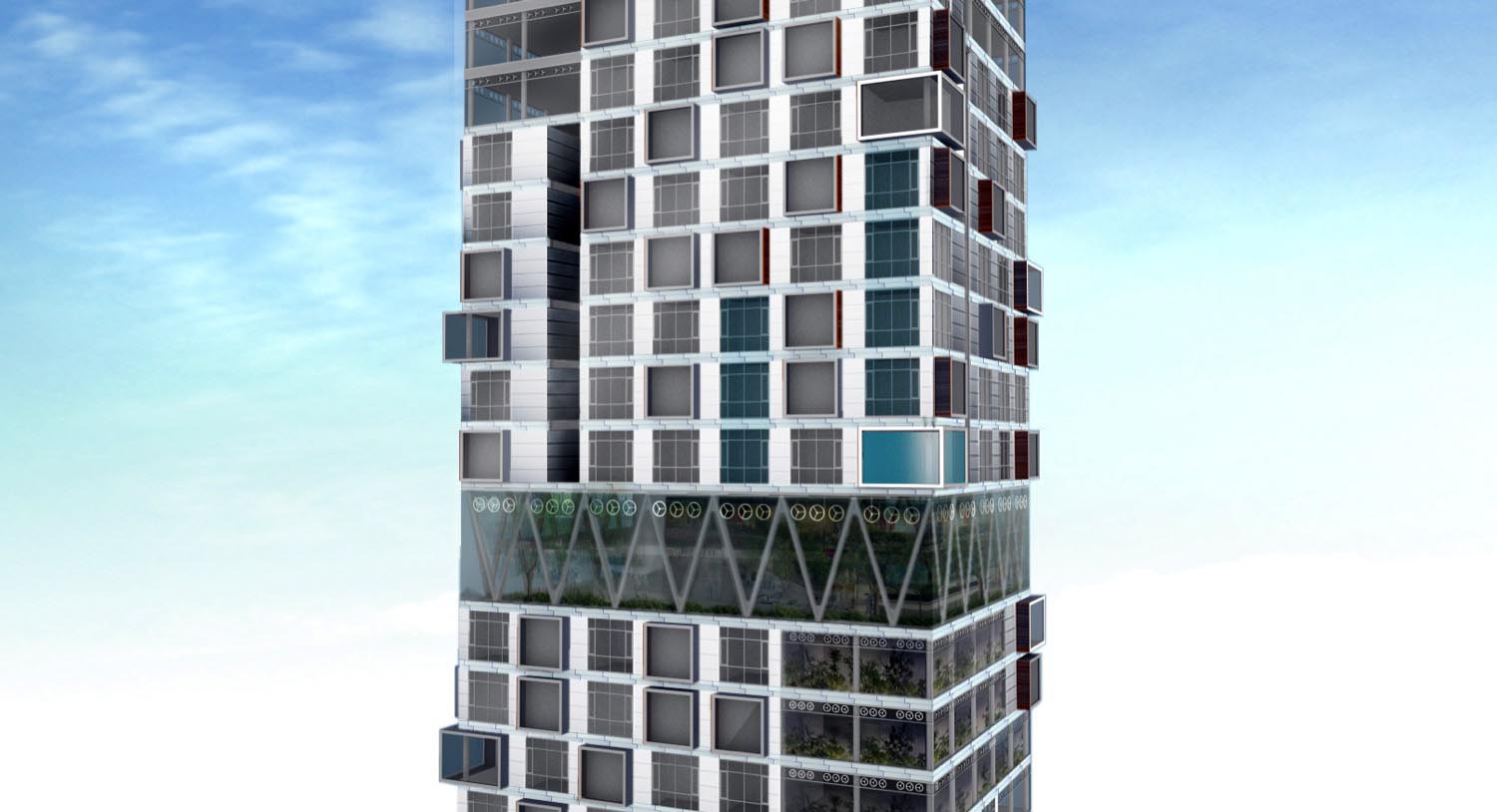